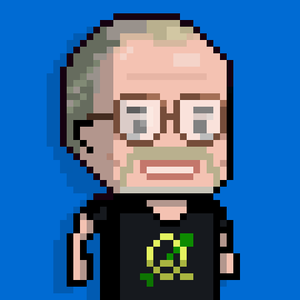 Tim started his career by working in Nature Conservation in South Africa. Some years later, around 1998, an opening in the newly formed GIS group in the organisation where he worked presented an opportunity to combine his love of the environment with his enthusiasm for computers. What followed quickly became a deep dive into GIS (including obtaining a Master's Degree in GIS and Environmental Studies) and Open Source. He discovered Linux, also around 1998, and became an ardent fan of using and creating Open Source software. The announcement of the first release of QGIS in 2002 was another key milestone, with Tim quickly becoming deeply involved in the development of QGIS, as well as helping to build the community platforms and governance structures around the project. Formerly the QGIS.org Board Chair, Tim was awarded perpetual Honorary QGIS PSC Member status in 2018 and continues to play an active role in many aspects of the QGIS project. Tim is also engaged in the broader Open Source GIS ecosystem, including having the honour of being an OSGEO Charter Member and promoting the wide array of world-changing Open Source GIS tools provided under the OSGEO umbrella (and beyond) to pretty much anyone who will listen.

Recognising the need for professional services around the Open Source GIS ecosystem, Tim started his own company, Linfiniti, in 2008. Through a merger with Afrispatial, Tim co-founded Kartoza (https://kartoza.com) in 2014. The company helps Tim to achieve his personal vision of making spatial decision-making tools broadly available to everyone so that we can responsibly manage our precious earth and properly serve the societies that inhabit it. Today Tim's work at Kartoza focuses mainly on humanitarian, social upliftment, and environmental projects. Kartoza as a whole uses its skills in software development, consulting, training, and applied GIS to support customers in a broad range of disciplines from creating the building blocks of cloud-native GIS, smart farming, infrastructure management, energy planning and provision, national metadata initiatives, and many more interesting applications.

Today Tim lives on a smallholding in the Alentejo region of Portugal where he works remotely on his nice Linux PC collaborating with customers and his teammates over his amazing Starlink satellite internet connection.