QGIS has been able to consume cloud optimised GeoTIFFs (COGs) since v3.2, through the data source manager.

QGIS has been able to consume cloud optimised GeoTIFFs (COGs) since v3.2, through the data source manager.  This article does not aim to explain what a COG is as various other articles have done so extensively.

Many organisations are choosing to use cloud based storage like S3 or Google Cloud Storage. Traditional GIS file formats can easily sit in the cloud, but serving up web map tiles or doing on-the-fly processing of the data are difficult to do efficiently with those formats. They often have to be fully downloaded to another location and then translated to an optimised format or stored in memory.

This is the docker-compose.yml file:

The container transfer allowed me to simulate a cloud storage server like S3 or Google Cloud Storage.

After uploading my raster layer through the transfer interface I could access it from the URL http://localhost:8080/KifYI/swellies.tif

I then added this raster to QGIS using the datasource manager as depicted below. 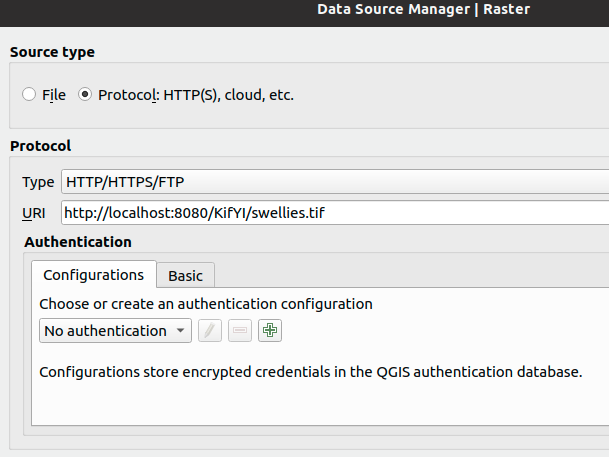 I then proceeded to create a project in QGIS and configured it to be published by QGIS Server.

The image below gives an illustration of how QGIS Server is accessing the HTTP GET range request .

In other set-ups like GeoTrellis they have built tools that allow users to process certain portions of the image and generate new data. This is very efficient as the whole tile is not loaded in memory or downloaded before processing is done. 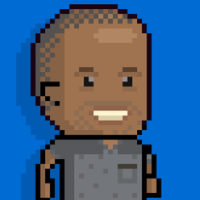